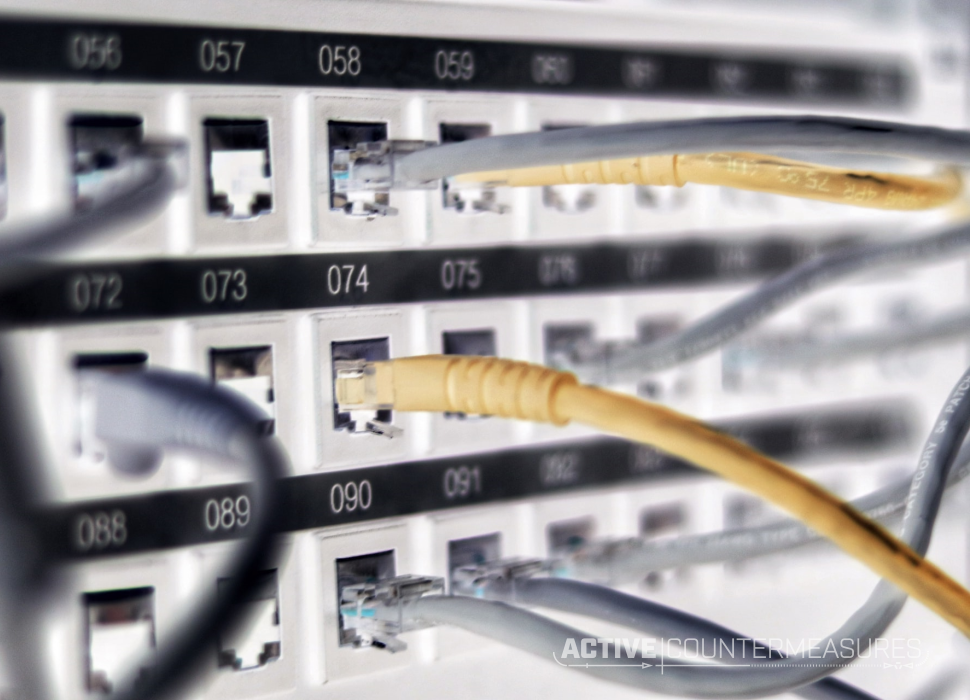 One of the most common problems in capturing and analyzing packets is making sure that the capture system can keep up with the flood of traffic. It’s easy to have a system where the network interface, processor, or disk can limit how many packets can be processed in a second, leading to packet capture loss.

We’ve talked about the general process of speeding that up (see “Improving Packet Capture Performance“). In that blog I mentioned discarding high volume flows as a way to avoid those problems, but never explained how to find them. Let’s cover that now.

The goal is to find one or more traffic types that 1) have lots of packets and/or lots of combined bytes in those packets, 2) are limited to a small number of ports and IP addresses, and 3) are trusted; very unlikely to have anything malicious inside. Once we’ve found these, we put together a BPF (a “Berkeley Packet Filter”); an expression that specifically describes this traffic so that we can tell the capture library to discard it. This may end up discarding between approximately 10% and 80% of the raw packets, leaving our capture and analysis tools able to keep up with the remaining 90% to 20% of the incoming stream.

Here’s an example of a BPF. If I have two mysql database servers, a primary (7.8.9.10) and a secondary (14.15.16.17) and have a lot of replication traffic going from the primary to the secondary, I can use this BPF to describe this traffic:

I can use that BPF in almost any application that captures packets to only show me this replication traffic, like:

Locating these flows isn’t too difficult if you have the right tool. I’m going to recommend our pcap_stats ( https://github.com/activecm/pcap-stats/ ). This open source tool reads packets from a network interface or pcap file and reports back on both the number of packets and the total number of bytes they contain. Here’s an example of pcap_stats reading packets from a pcap file:

This will report on any traffic types that show up in at least 100 packets. Use

to see all the available options.

During this process we’ll be re-analyzing the packets multiple times, so it’s a good idea to work from a pcap file instead of directly from an interface.

Here are some sample output lines:

The columns are: 1) Number of packets of this type, 2) Total number of bytes in these packets, 3) description, 4) filter to use for this specific traffic, and 5) hint about what this traffic might be.

The hint for this says it may be WebRTC; streaming audio and video. We were taking part in a streaming webcast, so this seems likely. Since IP address 147.28.145.159 (“washington-353.restream.io”) has exactly the same number of packets and bytes we might guess that that’s the target IP for all this streaming traffic, but instead of guessing, let’s follow the process.

We’ll re-analyze the pcap file, but this time restrict our view to just port 3478 using the “-b” parameter to use a BPF. The filter we’ll use comes from column 4 (bolded above):

The output from this includes these same lines:

matches just this traffic. Since we want to discard this high volume traffic to focus on everything else, we’ll instead use:

You can add as many hosts inside the parentheses as you’d like, separated with or’s.

What’s next? The next highest packet count comes from host 12.13.14.15, so let’s investigate that. Again, look at just traffic to and from this host with a BPF and get the filter from column 4 of the output:

Our output includes the following lines:

, confirming that this appears to be vpn traffic to that IP address over UDP port 4501. (On this sample network, we can confirm that there is a globalprotect VPN client).

Like before, we want to write filters that are limited to a host and port at minimum, so here’s the BPF for that traffic:

When it comes time to discard this high volume traffic, we’ll use:

To discard both of these traffic types, we’ll need to use this pattern:

We surround each individual traffic type with parentheses, separate them with “or”, and put one final ‘not ( )’ around the entire thing.

To merge our 2 current filters, we’ll use:

If you’re only interested in traffic that originates from or goes to the Internet (such as when you’re Threat Hunting), it’s hard to write a filter for that since we’d have to come up with every Internet subnet. Instead, let’s write a filter to discard all traffic coming from and going to an internal subnet.

The simplest way to remove internal<->internal traffic on this network is:

This time we’re using “src net” and “dst net” because we have to make sure we’re filtering on both the source and destination IP addresses. If we didn’t use that there’s a chance both expressions would return true because one of the addresses was in 10.0.0.0/24 but not the other.

What happens if you’re using multiple reserved (aka RFC1918) subnets? We can put all of them in this expression at once. The general form is this:

Here’s an example that covers all of the reserved subnets:

This is handy if you’re setting up a filter in advance or aren’t sure what subnets may be in use, as internal systems most commonly use these reserved subnets.

If you know you have some legal address space used by your internal systems, you can add these in too. Here we add 12.13.14.0/24 as an example of a legal address subnet:

Remember, the above filter does a marvelous job of discarding internal->internal traffic, but that’s only if you have no interest in that!

No matter which filter(s) you pick, you may have exceptions; traffic you want to see even if it would normally be discarded. As an example, I might use the ‘not (internal src) and (internal dst))’ approach above, but want to see all DNS traffic, including DNS traffic from my internal machines to my internal DNS server.

The way to handle that is to put in an exception. If we start with my original filter:

and want to make sure all dns traffic is analyzed – even from an internal machine to an internal DNS server – I can change it to:

With that change I’ll still discard almost all internal->internal traffic, except for any DNS traffic that will make it up to my packet capture tool.

On most networks, around 90% of the traffic will be TCP. TCP connections are mostly built up from just a couple of SYN, SYN/ACK, FIN, FIN/ACK, and occasionally RST or RST/ACK packets surrounding a long stream of payload packets that have SYN, FIN, and RST turned off and ACK turned on. These “ACK-only” packets make up the vast majority of the TCP traffic, and include all the interesting stuff like:

If you are not allowed to capture this traffic by policy, or simply can’t keep up with all this traffic, it’s possible to discard all the TCP payloads. That might seem a little extreme – you’re losing all the interesting “meat” of the conversation – but there are some plusses:

“tcp[13]” is the flag byte of the TCP header. By “and”-ing it with hex 17, we extract just the ACK, RST, SYN, and FIN bits since those are the only ones we care about. If that value is equal to hex 10, that means ACK is turned on and the others are turned off, so we discard those.

One advantage of this specific filter is that you’ll still see packets with weird flag combinations (like “no flags at all”, “all flags turned on”, “SYN and FIN in the same packet”, etc.)

Other Types of Traffic to Consider

Always ask: if I filter this out, is there any chance I might hide anything malicious?

For these examples, we’ll use one of the filters we constructed above for the Globalprotect VPN:

Please substitute the filter you’ve chosen for this.

The final object on a tcpdump command line is the BPF to use in filtering packets. You should always surround the filter with single quotes as it may contain characters that will confuse the shell:

Testing the Filter With tcpdump

We can use tcpdump to make sure that the filter we chose is working correctly. First, we can ask for only the high volume packets by running:

The lines of output should only show the high volume traffic we don’t want to see. (Press “q” when you’re satisfied with the results).

Next we can ask for everything except the high volume traffic with:

This display should have none of the high volume traffic.

Paring Down pcap Files With tcpdump

If you store pcap files from your network, perhaps for compliance or forensics, you can optionally reduce their size by stripping out the high volume traffic. Before continuing, please check your retention policy to see if this is allowed.

We’ll read from an existing file on disk (“pkts.pcap”) and write out everything but the high volume traffic to a second file (“pkts-stripped.pcap”):

WinDump, the windows port of tcpdump, is almost identical to tcpdump in how it works. The one minor consideration is that the Windows command line prefers double quotes to single quotes:

As we’ve seen, you can apply a filter when running pcap_stats by using the “-b” command line parameter:

You can apply a BPF during the Wireshark initial packet capture only. Wireshark uses a different language for changing what is displayed, called “display filters”.

Zeek (formerly called Bro) allows you to set a filter that discards unwanted packets right at the point of capture, reducing the number of packets and bytes that need to be analyzed. For more details on how to set this up, scroll down to “Building a Discard Filter” in https://www.activecountermeasures.com/improving-packet-capture-performance-1-of-3/

Almost all packet capture tools support setting a filter; it’s a standard part of the packet capture library they all share. Also, this filter can be set whether you’re reading packets directly from a network interface or reading previously saved packets from a pcap file. Check the documentation for how to set a BPF.

Doesn’t All This Filtering Take Up a Lot Of CPU?

The filtering is surprisingly quick; the kernel and libraries use an optimized form to quickly decide whether to discard a packet or send it up to the capture program. This is a miniscule amount of processing compared to the processing power, memory, and disk bandwidth needed by the capture program and analysis tools if these packets hadn’t been discarded.

What Are the Steps for Doing This on My Own Network?

A three part blog series on speeding up packet capture:

An article on how to filter out false positives, covering BPF as well: